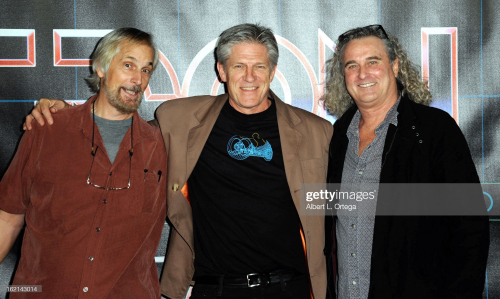 Greetings, programs, and welcome to The I/O Tower: a podcast for all things TRON. I'm your host, David Fleming. In this episode, I talk with TRON scene coordinator John Grower, who details how he and others made the effects pipeline that brought us so many of our favorites scenes in TRON, such as the light cycles and the MCP!

John regales us with stories of good times and hard work at Disney. He recalls long nights, dart gun fights, and playing Asteroids with Jeff Bridges and even Terry Gilliam of Monty Python fame - all from his office at Mickey Mouse Avenue and Dopey Drive! And there was that time he got disinvited from Disney's art department by...uhm...Art.

John shares how the story of TRON prefigured the Internet today, and that TRON "lit a fire" under him to create better graphics and animation software for future films. John highlights breakthroughs that followed, such as the very first digital matte paintings!

From Robert Abel & Associates, through Disney and onto Wavefront and Santa Barbara Studios, enjoy this ride along with John on TRON and the many films and computer graphics breakthroughs of which he was part.