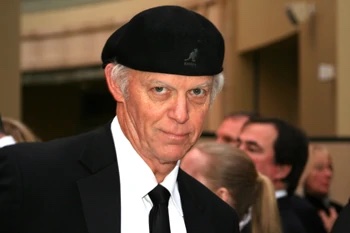 Greetings, programs, and welcome to The I/O Tower: a podcast for all things TRON. I'm your host, David Fleming. This is part two of my three-part interview with TRON visual effects supervisor Richard Taylor.

Today, Richard picks right up from his work at Robert Abel & Associates, taking us on a deep dive into how that work found its way into TRON and the techniques used to create the special effects of TRON—glowing circuits, light cycles, disc streaks and tails, sparks when the tank crashes, and so many more!

We also get to know about many of the people of TRON, from those working behind the scenes to render each of its 24 frames per second, to those leading its creation such as director Steven Lisberger, co-effects supervisor Harrison Ellenshaw, and visual futurists Syd Mead, Jean 'Moebius' Giraud, and Peter Lloyd.

In Part 3 to air later, Richard talks about TRON's reception within the film industry, the marketing of TRON, and how TRON has changed the world for so many artists and moviegoers. We also talk about the recent traumatic event in Richard's life when he suffered a stroke, and how he's recovering and moving forward creatively.