One random day long into working on this costume, I stumbled on an auction site featuring one of the original belts used by the video warriors in the film. Near as I can tell, the belt is the same for Flynn, Tron, Ram, etc.

Below are four pictures of this original belt. My apologies for not noting the URL of the auction site at the time; now I can't seem to find it. :-( 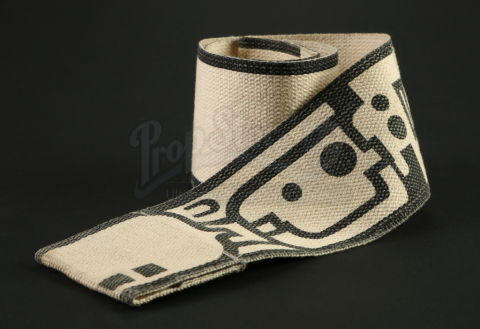 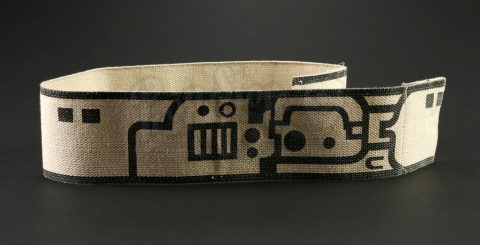 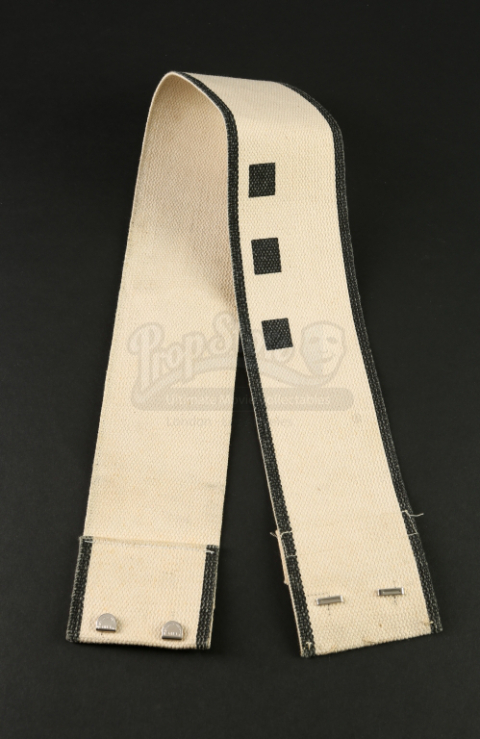 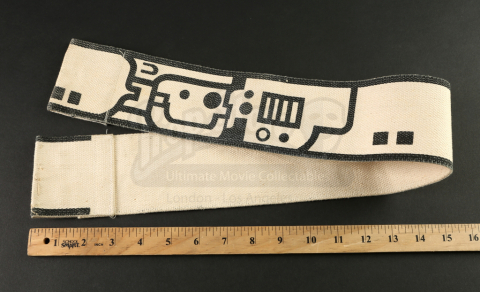 Since I had never screen printed anything before, I decided to do a test print on a mock-up I made of 3" elastic webbing. The test went well. Below are three photos of the screen I made (ezscreenprint.com) and the belt's printed center region. 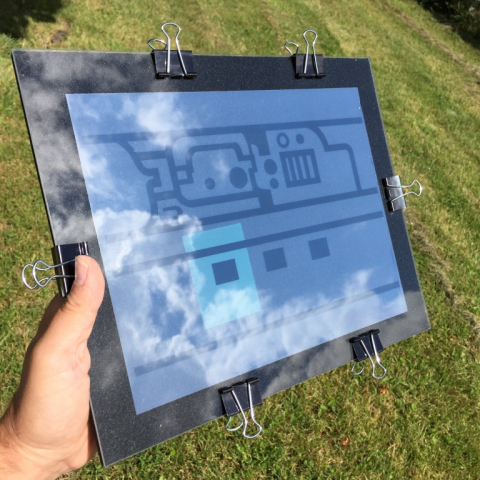 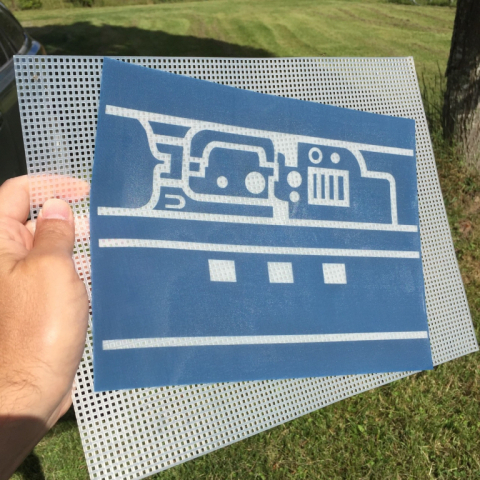 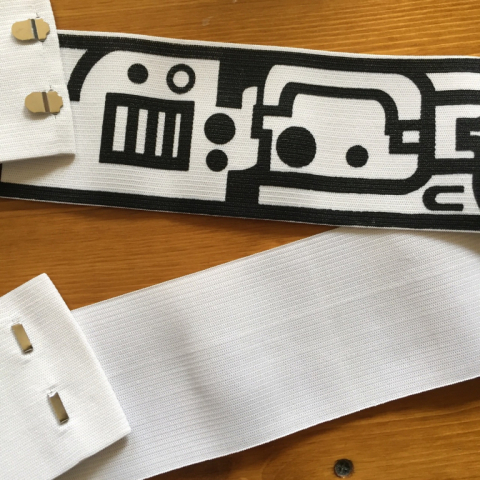 For the final belt, instead of canvas I am using 3" double-sided twill elastic webbing, which has a quality canvas-like "grain" to it and will fit my waste as I grow ... older. ;-) Here is the belt with screen printing complete. After it dries, I will heat-set it with an iron and then cut to length and attach the hook & eye fasteners. 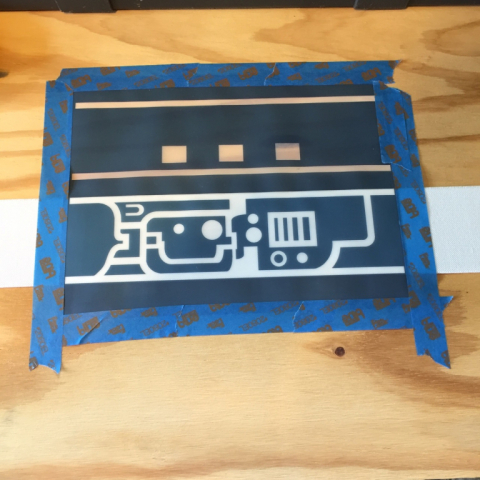 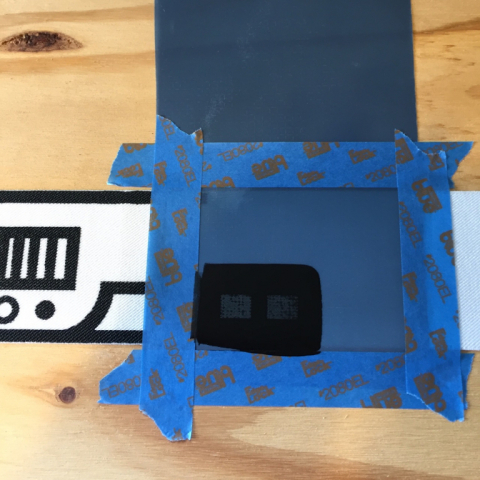 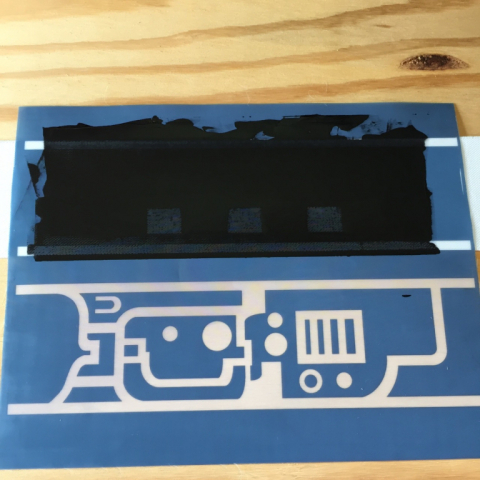 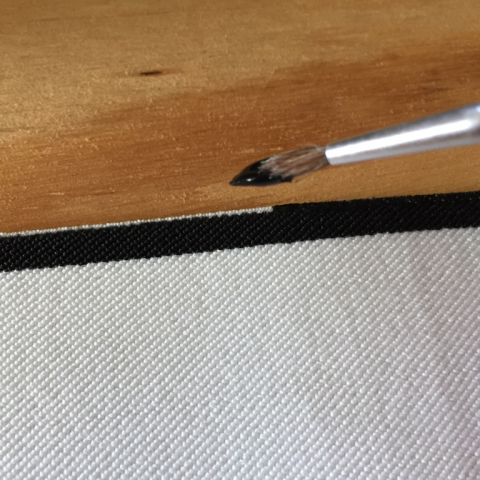 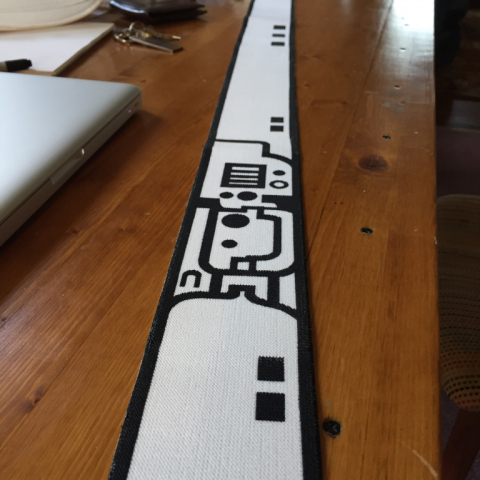 My Kevin Flynn belt is complete. I used no-sew hook & eye fasteners and fabric tape to secure the ends. I am very pleased with the final result, as it compares well with the original. 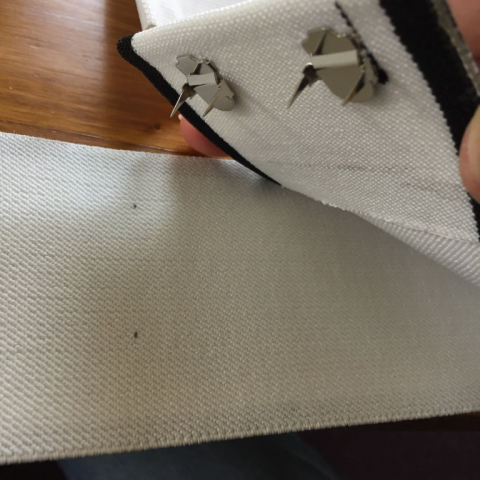 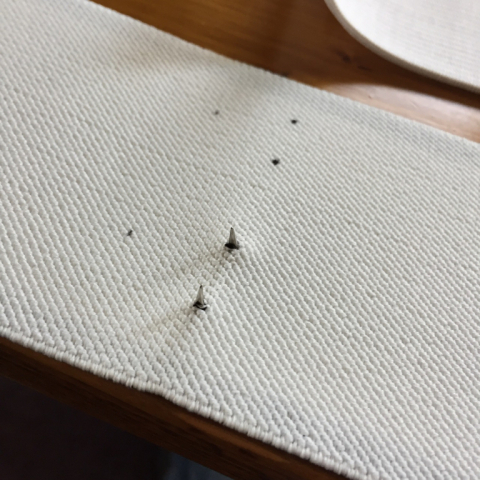 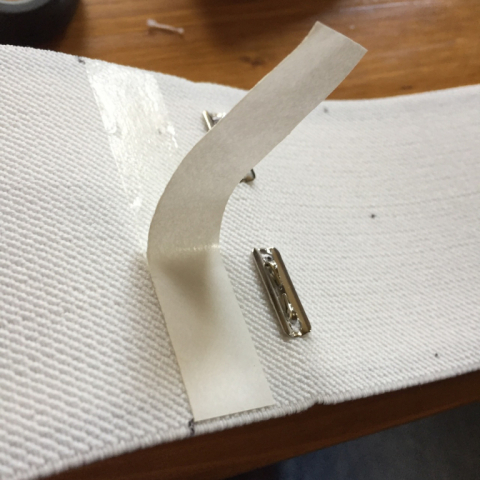 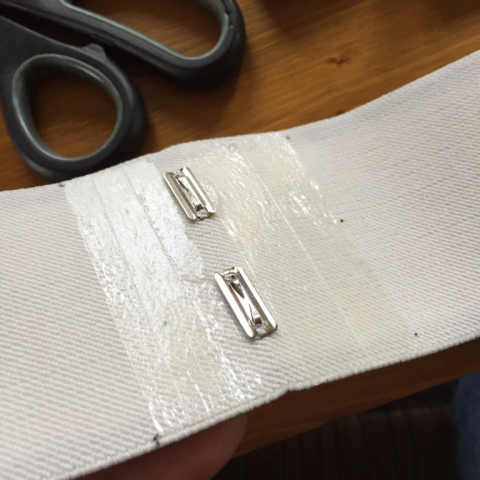 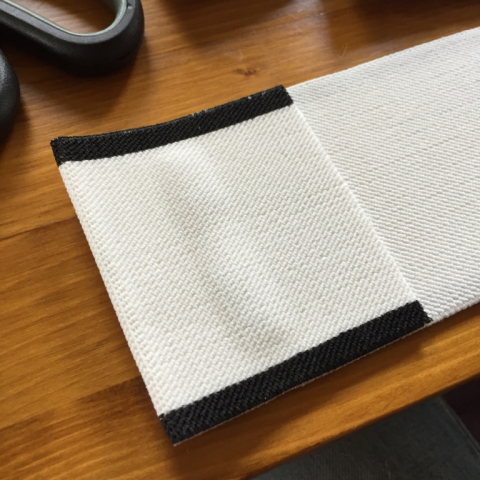 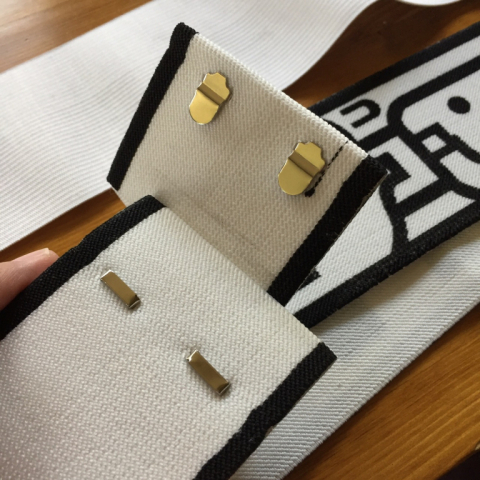 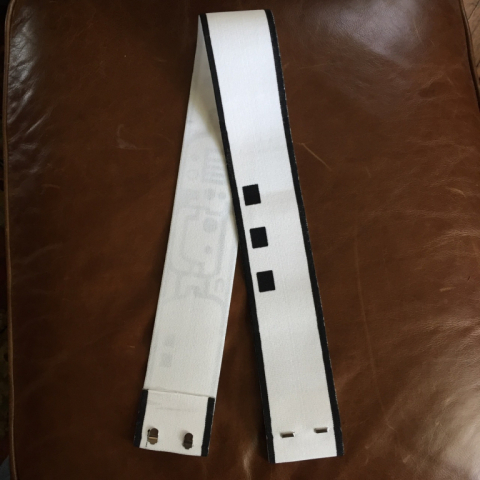 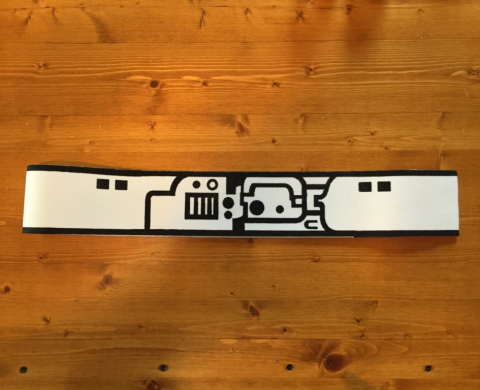